My first time to enter this international event organized by KL Tower. Last year, not a chance to join this event. I was too excited eventhough it was my first time experinece, I managed to complete the race less than 30 mins... not sure but I counted the timing myself. And lagi Best... becos ramai GGK yang join this event. Thanks to Huzz for registering for me n others.

Since this is my first time, not much I can say... or more precise to compare with the last year race event. But based on Huzz nyer citer, last year they released all participants together... all the categories. So, you could imagine how people are struggled to get into top with too many people into narrow, small, hot KL Tower stairs. Blum masuk dengan bau-bau yang semerbak lagi tue....boleh fening and pengsan dibuat nyer for those who not familiar with all these. So, to those who had asthma, or any disease that related to you breathing pleaseeee... don't involve yourself into these.

But these year, the arrangement is slightly different... participants are being released by category... maybe b'cos there's so many hot issues from last year event. For example, like category A, Men's open... since there's too many of them, they have been split it up to 3 grups and released with different time, each with 15 min gap. And that's why, we started late. 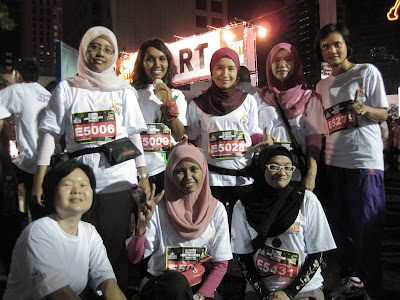 Before starting of the race... still fresh n steady


I was surprised too because Ubet that we used to know thru FB suddenly came. Unexpected, like GGK, he shared the same interest like us... Hiking & travelling. Selama ni kenal Ubet thru FB pun... never knew exactly how his look like b'cos He never post His own photos... I guest. Tapi yang kelakar nyer bleh plak dia kenal and cari aku ... hehehe, nampak sangat glamor. Anyway, thanks to Ubet for coming and support us... the one and only...hahaha. At first, He said not sure tapi suddenly appeared plak. Thanks also for being our unofficial photographer and supporter. 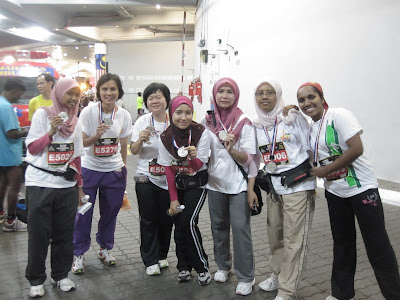 After the race... still looking good in pics 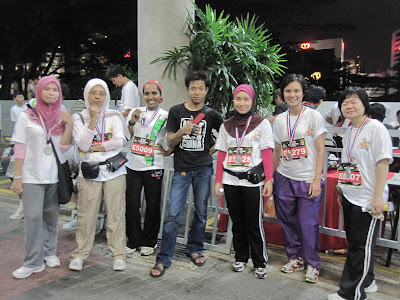 With our only supporter... Ubet


We started a bit late... suppose 9.30 p.m flag-off but since each category there's a gap for 15 min before they can release the next category... we have to wait again. The reasons... so that, not too many people while running at the stairs to the top. can u imagine... the stairs are too narrow, small & vey hot. But, don't worry... luckily, every level, you can go outside for a while to get some fresh air, relax or having some sponsored drinks to release your thirst. To me, I stopped only for a sponsored drinks. Before started the race, all of us agreed to walk and run slowly... so that we are less tired but once you up there you will feel difference... Suddenly, I felt I shud be more faster and out of sudden the mood of racing slowly rise. And suddenly, I become more aggresive to finish the race.


To me, those who wanted to join this KL Tower race, you need a lot of practice and make sure you're really fit before you try this. 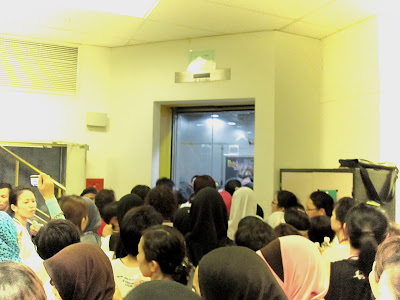 People pushing each other to get inside 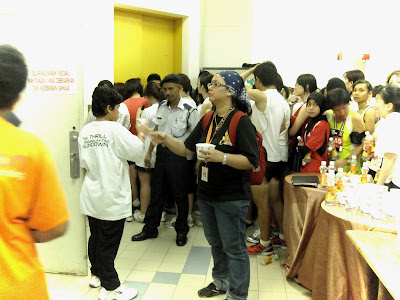 Queueing to go down... we have to wait almost one hour 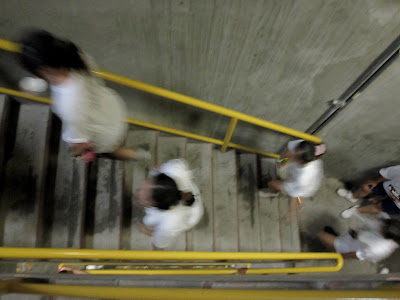 This is real situation during the race


we didn't get any goodie bag. The only goodie bag that they gave us is during the race kit collection, itupun only consists of running t-shirt, running chip (for running time) and KL Tower map. Errgghh... that's all. No coupons, no sponsored items, no vouchers and nothing more. We only get sandwiches and a bottle of sweet drink before starting of the race. That's all. But, during the race... every after 5 floor... you will be supplied with 100 plus water and KL tower Mineral water & Air zam zam juga.

We had to push each other to get into the lift. No guards to give instruction... ade pun cume push the door ...not allowed people to go in...huh. Next time, there shud be a guard or anyone who suppose to handle the crowd at the lift queueing area. Tsunami victims in Japan also know how to queue to take their food (could u imagine how many of them)... but the discipline is still there. Why our Malaysian cannot follow that? I believe if the management of KL Tower realize this they shud take a serious action on these so that people are more civilized.

I was really enjoying the race. Although it was my firs time, to me, it was like a beginner record because I could make it within less than 35 minutes. Alhamdulillah, no pain after the race. Hopefully to join this race again next year 2012 event and I really want to improve the timing and of cos beat the Kenyan. Hahaha... ade bran. 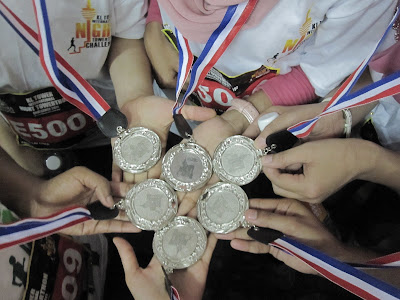 This time the best time from all categories mostly won by Kenyan... apa rahsia nyer selain kaki yang panjang... oppsss... tak sure plak. Anyway 13mins is the best time for this time event. 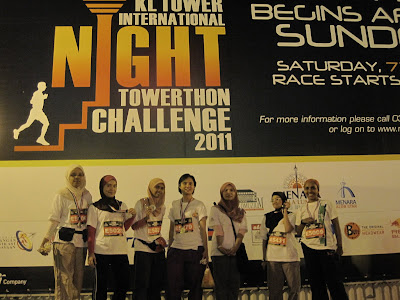 Hope this is not the end

Can check it out the result here...