After returned from cave tour & lunch, we packed everything and be prepared for the trip to Camp Baha which located at Jelawang Jungle. From Dabong train station to Jelawang Resort, it takes about 20 minutes to get there. We took the same Van for the cave tour to go to Jelawang Resort but this time with all our belongings... bagpacks, foods and all the camping needs. 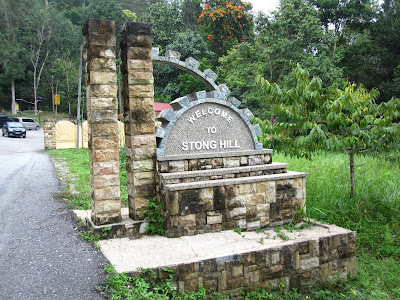 We arrived at the resort before 5pm & first thing we did... registration. You have to pay for the entrance fee. You can leave unnecessary stuffs like your change cloth that you might be using after you return down from the Jelawang peak. That's what we did... I left my sandal & 1 set of change cloth. And the good news, no charge for this. So, try to make your backpack as light as you can... so that, less burden. 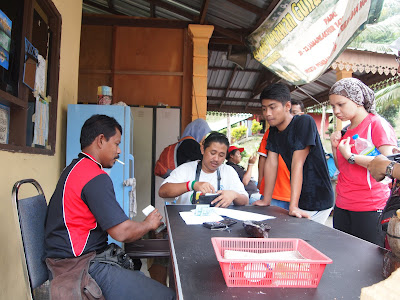 Like other hiking places... you still need to register first

We supposed to take the shortest path which you need to pass thru the waterfall but since the weather looks not OK so we had no choice other than to take the 2 hours trekking thru the hardest trekking path. You need to cross the hanging bridge to start trekking thru Jelawang Jungle. The very first beginning of our trekking, already tough... with slippery stones & muddy track. You have to go up and up and no more down. The toughest path... you need to trekking with the help of ropes at certain track. Since, this time still raining season so, you can imagine how's the track could be. Very slippery with mud and you need to hold the rope all the time to get to the next level or else you will experience the best sliding ever. But still, I slide a few time too. Serioulsy chalenging but somehow, all of us managed to overcome it. 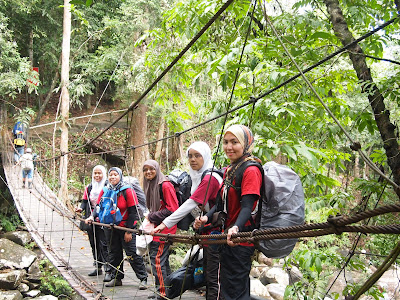 The beginning of our trekking... crossing the hanging bridge 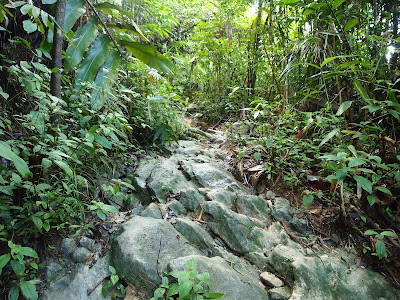 Track on the way to Jelawang waterfall peak

On the way to Camp Baha, You could see so many beautiful unique floras. I managed to capture a few although it was raining on that time. It's getting dark that time, so, I pushed myself to get to Baha's camp as soos as I can. 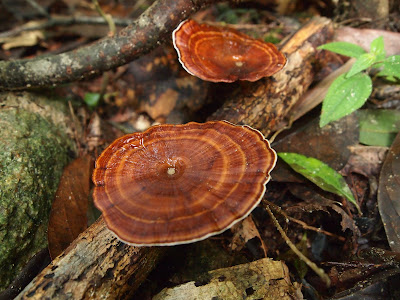 Nice flora you may found

After spending about one & half hour trekking thru Jelawang Jungle... finally we arrived Baha's Camp. I was wondering, why they called the campsite as "Baha". I forgot to ask Uncle Adam the behind story of how they get the name but as far as I concern, I only knew one person name Baha, which is my unofficial guide while I was in Mount KK last year. He's an Airforce army based in Labuan. Suddenly, I really missed Him... hahaha... not himself but His sense of humour, very kind-hearted and memang tak tahan lah kalu tengok dia nie. Dah lama tak chat dengan pakcik ni... maybe His too busy or maybe tak dapat greenlight dari bini dia ber "FB". 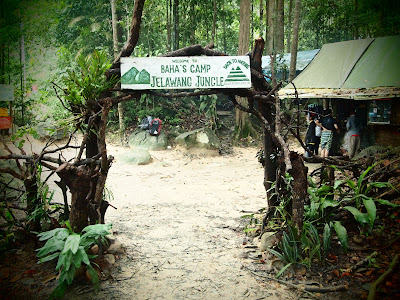 Me and Julie was the second to arrive at Baha's camp after the Doctor's couple. We arrived around 6pm. While waiting the others, we spend our time enjoying the view around Baha' Camp. Taking photos, cleaning our rubber shoes, tracksuit and while enjoying the cool of Jelawang peak's water. Fuhhh.... nikmat nyer ciptaan Allah. 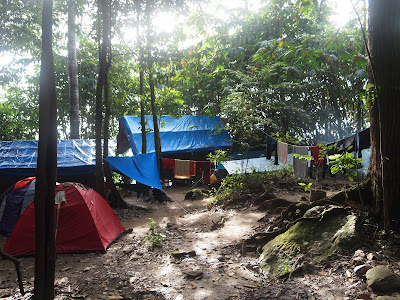 View around our campsite at Baha's camp 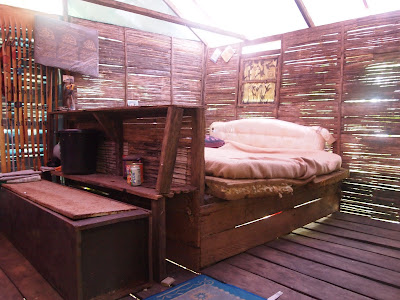 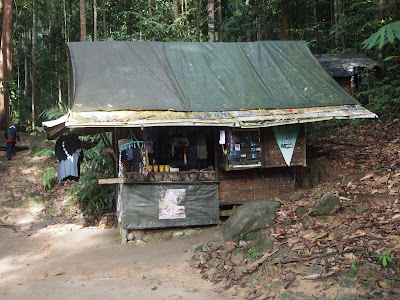 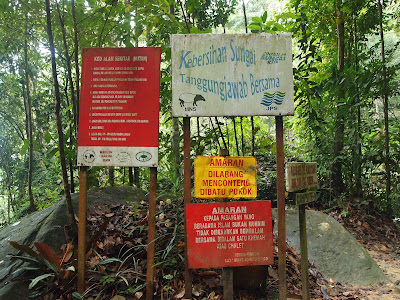 
The rest of our team arrived around 6.30pm to 7pm but last person is Kak Niza and Her Husband and also our loyal guide, Uncle Adam. Accordong to Kak Niza, Her Husband cramped a few times... maybe due to slippery track or because of the too heavy bag that He needs to carry. Apa-apa pun... Alhamdulillah, finally everyone safely arrived.

After that we started to setup the camp and prepare foods for dinner tonite.

And tengah malam nyer... all six of us... mandi dalam kegelapan dipuncak Jelawang.