From Uncle Adam's Shop, it took about 15 minutes to these caves. Kita orang naik Van yang telah disediakan oleh Uncle Adam. All you need to bring....as usual...torchlight or headlamp (better), suitable hiking shoes cos they were places where you need hiking, snacks (option), drinking water and last but not least camera to capture unexpected moment.


We arrived at the cave gathering area around 1.30pm, actually by this time it's already late for us yang nak gi Camp Baha to do caving. If you want to do the caving, you need to spend at least 2 hours to really feel the adventure. So, we had been given 2 choices by Uncle Adam... the tough one or the relaxing one. Emmhhh...frankly speaking, actually if we had enough time of cos we wanted to do caving but since we're already running out of time plus the late arrival of our train... we had no choice other than to choose the easier and relaxing tour. Semua pun agreed. Ok, let's go.


After a short (not really actually) briefing by Uncle Adam, kita orang pun proceed to gua yang hendak dituju... you need to cross the road to these cave and then masuk semak samun dulu... only then you will find the track to first cave. Wow, seriously challenging too... you need hiking to get into cave's entrance. It's OK we already get use to it.

The first entrance to the cave we had been briefed by Uncle Adam about the cave do's and don'ts you have to follow while you were in the cave. For example…you cannot touch the formation inside the cave... why? I think I already explained this in my previous entry on Mulu cave tour. The reason still the same... it will change the color of the formation if it is in contact with human skin. Uncle Adam ade cakap juga, kalau nak wat caving you kena pakai macam angkasawan... so, faham2 lah maksud dia.... ayat tersirat.

While tour inside the cave, you may found so many unique and fantastic limestone formation… welcoming frog, Michael Jordan Shoe, Cave curtain, Elephant’s trunk and so many others. And not forgetting “Guano”… not limestone formation but kind of bat’s output. Uncle Adam did explained everything unique, we could find inside the caves and His explanation really-really interesting and useful… especially to young generation like us.

After the first cave, we proceed to Gua Keris. On the way to Gua Keris you need to walk about 10 minutes from first cave to reach the next cave entrance that will lead you the Gua Keris. Kena trekking lagi. Before nak reach Gua Keris, kena pass another cave... not sure what its name but after tangga jer kena jatuhkan badan skit and meniarap nak melepasi laluan sempit dipermulaan nyer saja. Kejap jer pun. Lepas tu boleh berdiri secara normal balik yea and proceed. 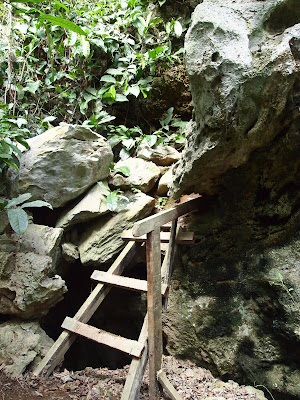 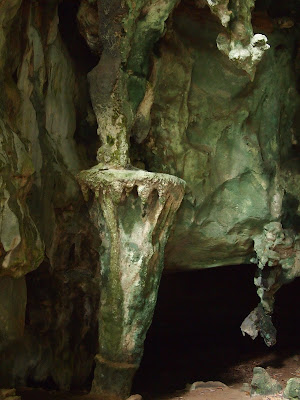 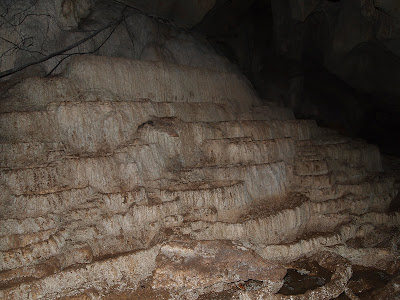 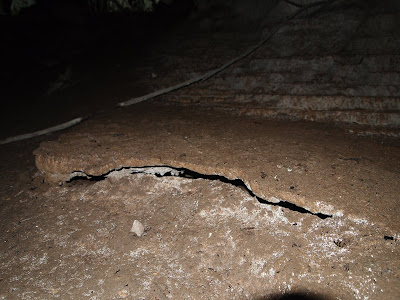 Cave flow... cause the formation of the above Column limestone formation 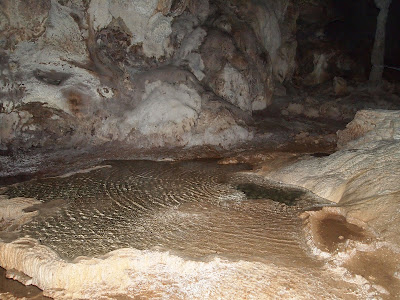 You could see the cave flow is in the middle... the darkened side


Not only the unique limestone formation, you could see the beautiful of stalactites and stalagmites during you tour inside the cave. 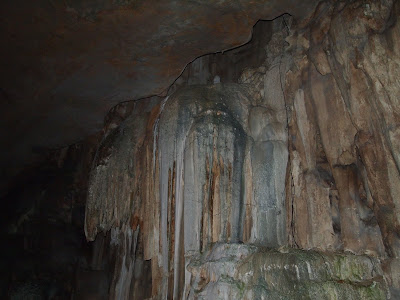 This formation looked like an elephant... the trunk maybe 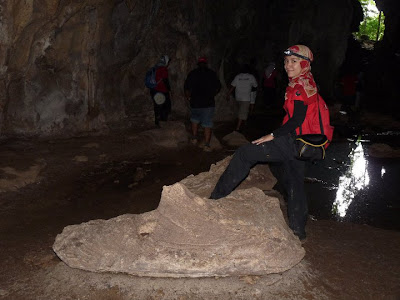 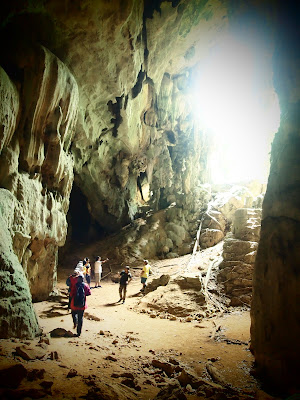 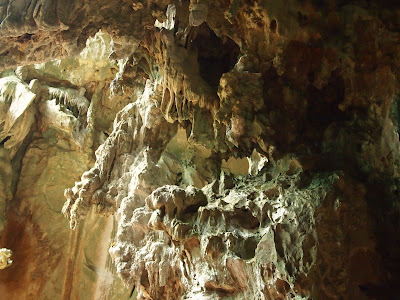 Can u imagine this... nampak mcm rahang haiwan jer 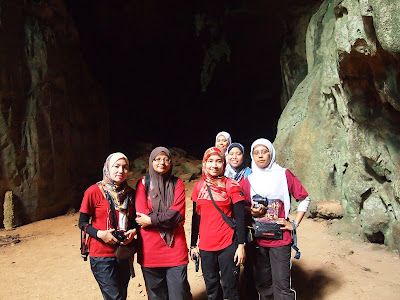 In front of Gua Keris 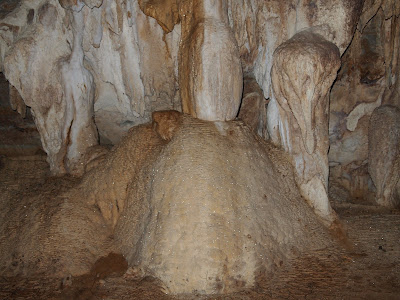 Crystal Deposit Land.... it will sparkle if you pointing the light, minerals + salt

On the way back from Gua Keris, I found Pinnacle formation just like Pinnacle in Mulu. Exactly the same. I think any limestone cave will have this kind of formation. Hahaha... I really missed Mulu's Pinnacle. 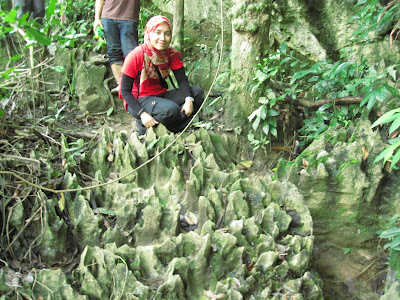 I felt bit disappointed because the cave was not properly taken care as we could see so many vandalism here and there. You could see so many unwelcomed notes inside the cave…. Aku rase ini keje budak2 muda kita lah ni. I think kelantan state should take these thing seriously because the caves could become potentially world heritage area…who knows right….could be. Macam kat Mulu, the caves are properly taken care, thus, you cannot easily enter without guide and it was locked all the time and can only be visited if there is cave tour.

The caves here maybe different from the one in Mulu but still it has its own unique value and special characteristic which we should appreciate and be proud to.
Our cave tour ended around 3pm and after that we proceed back to Uncle Adam's shop for lunch and preparation for next trip to Baha's Camp. I felt really regret after having lunch while enjoying the very powerful sambal... seriously kick. Macam mana lah aku boleh lupa aku nak kena hiking lepas tu... errrggghhh... merana tak sudah malam tu kat Camp Baha.