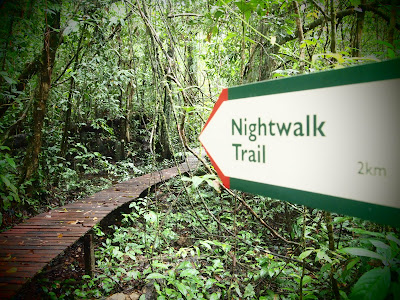 Things you may need to bring:
-Torchlight/Headlight
-Raincoat (in case of raining)
-Suitable walking shoes or sandals
-Camera

Part of our optional activities but since kita orang tak plan awal2, Cuma ade 4 persons jer boleh join lagi. At one time, only 8 persons are allowed for a Night walk. Reason cannot be more than 8…not everyone can hear what the guide are trying to say when we walk in a large group. Emmhh....Whatever.

Aku check schedule for Sabtu juga with the hope that can fit in 8 persons but still only 4 people can fit in….4 peoples already booked earlier. Emhhh, so, dengan berat hati aku pun terpaksa divide our grup into 2, meaning only 4 can join today and the rest will join on Saturday. Ok lah, at least you have something to explore at Mulu during Night time. But, the tour will be cancelled if raining.

We arrived a bit late (5 minutes je pun), since semua ingat pun the walk will be cancelled if raining, that’s why kita orang slow n steady jer gerak to Park HQ. But, that time pun memang still raining. Sampai2 jer, no one there, maybe the walk already cancelled I guest. Then, ade one Mat salleh couple ni passed by kita orang and told us that they just saw people walk to Night trail….and they asked us if we’re going to the same destination. Confirmed, we had been left. Lambat lagi.

Suddenly, there’s one cute guy datang kat kita orang cakap…you all join Night Walk ka? Then He used His walkie talkie nak contact our guide for a Night Walk. He said, “you still have time to catch them….they just started walk”. Dia pun guide lah kita orang (give direction dengan mulut je) how to get there. Rase2 confident kita orang pun gerak lah sendiri follow as per instructed by Him. Then I remembered, He was actually Harison (our guide for Deer n Lang caves). 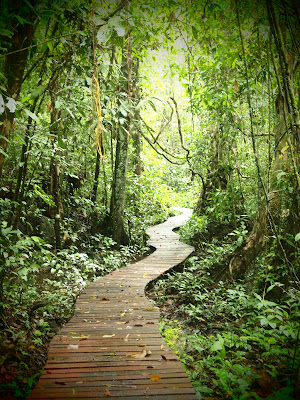 Night Walk Trail...but this photo was taken during daytime

We’ve been introduced by Sunto to magic life which u could only see at Night. Actually, we could see more but since it was raining at that time, not many night creatures we could see. Only a few, itu pun maybe they managed to protect themselves from the rain like stay at the back of the leaves and hiding at place where they cannot be reached and disturbed. 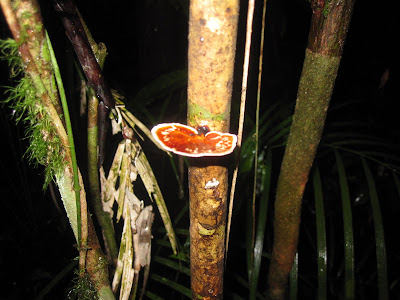 One on the unique plant 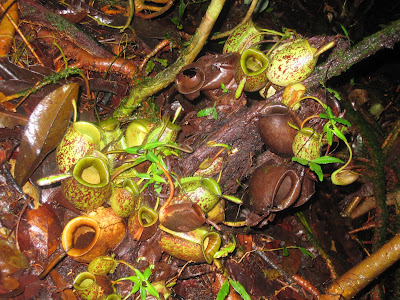 A bunch of Pitcher Plant 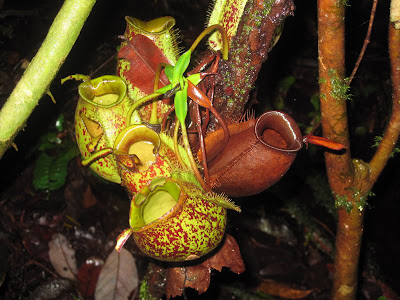 They are alive in this beautiful Night jungle 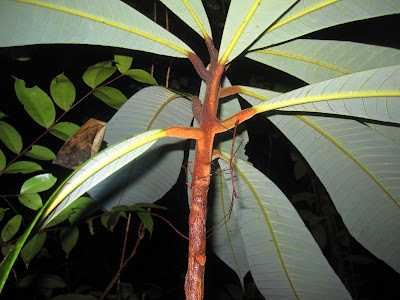 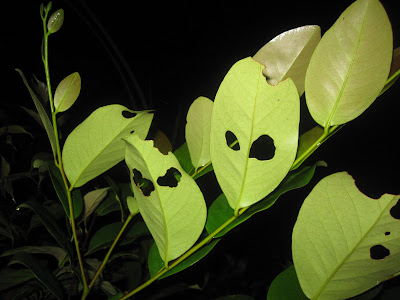 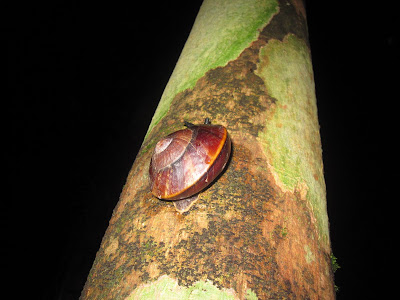 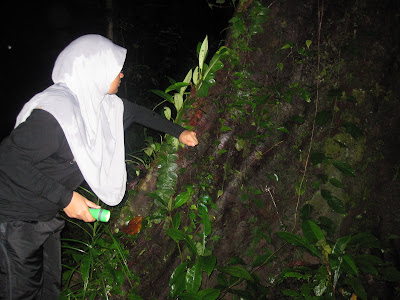 Kay is trying to hit the buttress 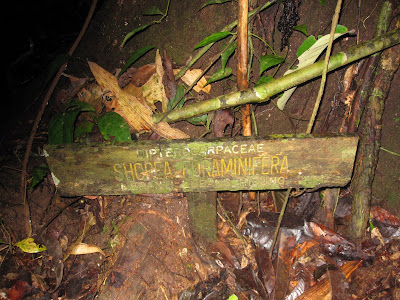 Meranti Lubang Hidung...latex of this tree can cause fire

Although it was a short walk…about 1 hour macam tu….since we’ve been left for about half an hour but still I really enjoyed the walk. At least, I learnt something new about a Night life of the God’s creation, knowing the function of certain tress n came to know the name of some unique floras and Faunas. What a wonderful Night walk.

Now, I realized that every single life creatures has its own purpose why God created them in such a way. Must be a useful function and purposes that we need to explore and search....to get to know them better.