Mizuno Wave Run 2012... my first run for the year 2012 & also first time for the Mizuno Run. Not a chance to join the last year event sebab takde geng. This year I strongly decided that I must join one of the run for the beginning of 2012 although the entry fees are quite expensive compare to previous year. But I think, now, you have to spend at least RM40 for any running event or only if you're lucky enough then you will get a lil' bit cheaper for early bird registration.

Alhamdulillah, although not feeling well since yesterday... coughing & running nose, still able to make it within 1 hour & 15min. Not a good time for me... since I can improve more if I don't take more stop & walk on the sloping route. I started a lil' bit late about 5 minutes behind the women open scheduled release time but luckily I was not alone still there are too many of others also arrive at the starting point late. Hopefully can do much much better on the next run. 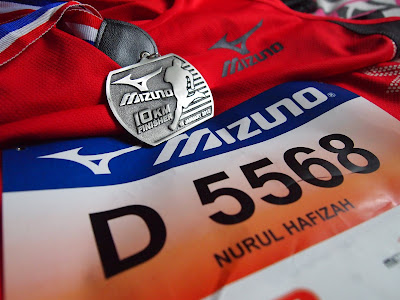 My running Kit with medal 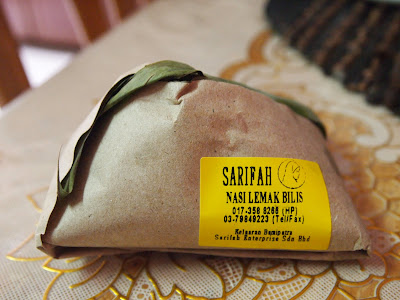 Overall... I think Mizuno Run was a very successfully event so far I was joined. Very organize & everything is smooth & silky. Congratulations to the Organizer and all the runners who able to finish the 10km Run. 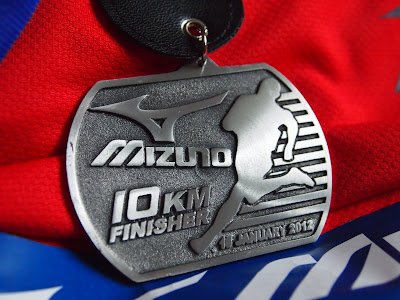