I arrived at the start off point just on time before the flag off for the 10 km run. Tak sempat nak bergossip pun with Thirah n Boboi. Anyway, thanks to orang yang willing to send and pick me up… I just need to walk less than a minute from your drop off point to the starting point.

I’m not sure about my timing… forgot to look at the final timing display... cos I was too excited finishing the run. But based on my own count it was 1 hour 15mins. Kira OK lah tu.

At the end of the run, you will get the 10 km medal (only if you finish the run), banana and a mineral water, not much but better than nothing right. Also, sponsored Milo drinks and Nestle Fitness.

To Boboi, Thirah and also for those who have finished the run as I did regardless 16 or 10 km, congratulations and keep it up.

Next after this… let’s hit the Nike We Run KL 10Km. 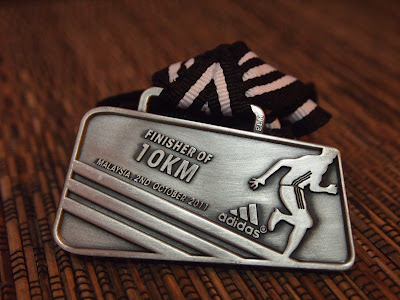 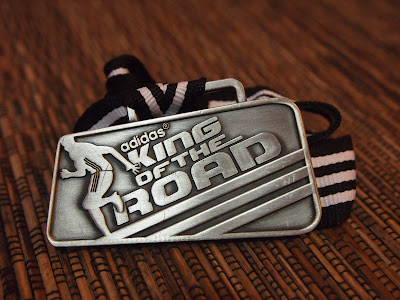 Front side of the medal 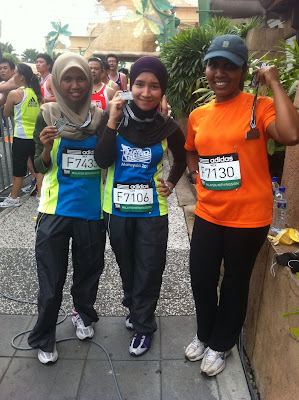