We started our journey as early as 5.30a.m. From Kota Tinggi to Larkin bus station took about half an hour to reach there. As promised, we met with Kak Long Fad at Larkin Bus station... minta tolong to take care of our car while away to Singapore for 2 days. As we arrived Larkin Bus Station, Adeq n Boboi headed to the SJE counter ticket… while me, Fad n Hanim looking for Musolla to perform Suboh prayer. After that, we met again at McD, having breakfast and filled up the declaration form. All had been properly planned by Miss Gojes. At 7 a.m, we already in the Bus and the real Journey to S’pore is begun.

We arrived at JB Central around 7.30 a.m, where we had to undergo Malaysia Passport checking. So, get off the bus, bring all your bags & belongings and started to walk to Malaysia Imigression. After finished, we proceed to the other side because we need to get into the same bus that we first board. It was really jammed at that time since working days of Singapore… Malaysia je yang cuti… so, faham2 jelah. Tak lama mana pun kami kat atas bus tu, after Selat Tebrau, again, we had to get off the bus and walked to the Woodland Imigression for stamping our passport and submission of declaration form. Tak lama pun sebab ramai je kastam officer kat situ. So, after finished, again we had to get into the same bus. Ok, finished the standard procedure… finally. That time already 8.00a.m and within 20 minutes we already arrived at Queen Street Bus Terminal.

From there, we just walked to find our ABC Backpackers Hotel. Itu pun after asking someone the direction to the Victoria Street. 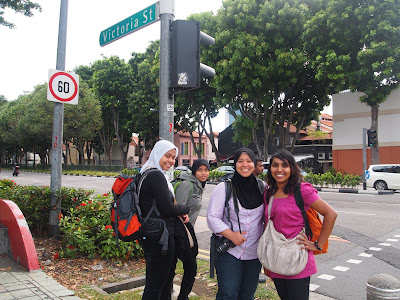 Waiting for the green light to cross


We arrived at the ABC Hotel around 8.40 a.m and Check-In. Luckily at that time, the room that we booked is available so, we can put all our belongings inside the room. Alhamdulillah, we settled the Hotel. 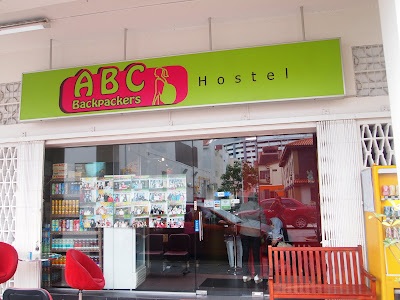 ABC Backpackers... only SGD120 per night for 5 persons 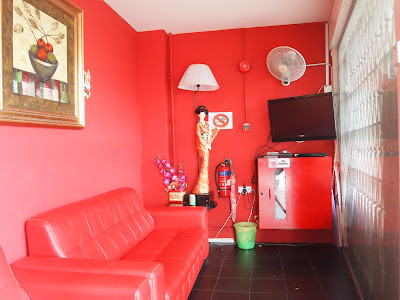 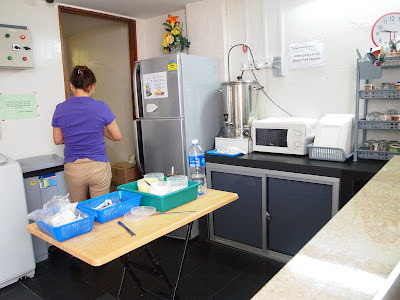 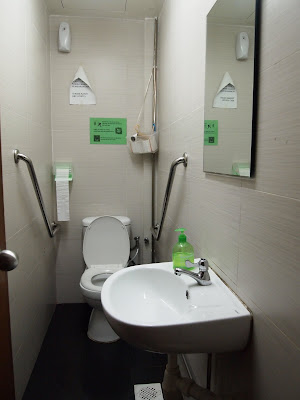 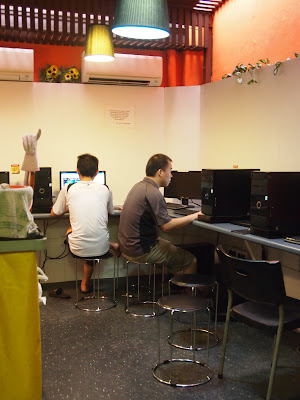 
Hotel ABC ni is a backpackers hotel or more precisely budget Hotel. So, if u feel cannot afford to stay at Hotel with stars, so, you have an option to stay at this budget Hotel. Yang pastinye, although the Hotel is budget Hotel, it was different form Budget Hotel at Malaysia… why?? Because, kalau kt Malaysia kalau dah nama nye budget… segala benda dalam Hotel tu pun memang budget lah. But in Singapore, I salute the way they maintain the cleanliness althought it was only a budget Hotel.
After about 10 minutes rest… packing for things to bring to USS, we proceed to Bugis MRT Station which is the nearest (about 10 min walk). We took the East West Line to Outram Park (interchange station) and then North East Line to Harbourfront MRT Stn. From Harbourfront Station, we need to go to Sentosa Express Train at level 3 of Vivo City for our last station at USS. 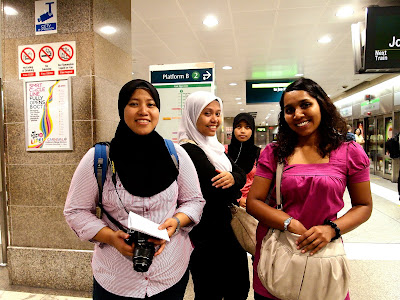 At Bugis MRT station... Waiting for the next train 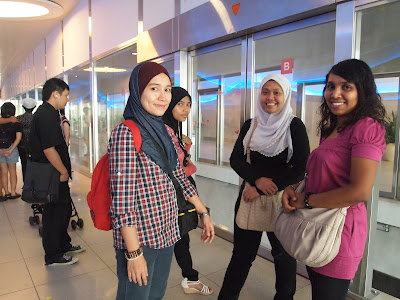 At Sentosa Monorail Station... waiting for the train to USS... excited you


Finally, we arrived at USS at 9.45 a.m. That time, I already seen a very long queue. But, Alhamdulillah, the queue moving faster and we managed to enter and register at USS sharp at 10.05 a.m. 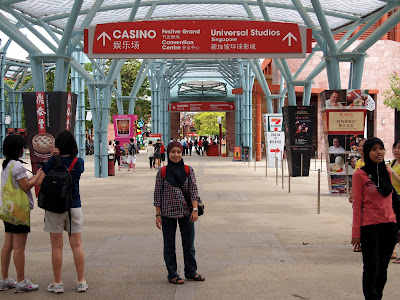 Finally... I was here